I hate spiders, but this is too interesting not to report on. We all know spiders use their webs to catch prey, but, according to a new study reported in the Scientific Reports journal, spiders also make use of electricity to attract their dinner.

Robert Dudley and Victor Ortega-Jimenez, researches at the University of California Berkley, discovered that spider webs change shape in response to an insect’s electrostatic charge. This causes positively charged insects to be attracted to the web. 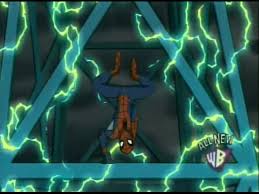 Victor first hypothesized that electricity might have a role to play in the process when his daughter’s electrically charged toy wand moved in front of a spider web and it changed shape. Victor decided to test his theory by collecting strands of webs and placing honeybees, aphids, water droplets and fruit flies in front of them. The web would respond to insects with positive charges by bending its shape to more effectively tap the incoming insect.

It’s long been thought that spiders changed the shape of their webs themselves to hunt for different prey, and it’s also be known that flying insects create electrostatic charges due to the rapid movement of their wings, but it’s never been hypothesized that a deeper element was at work in the process.

Now for the real question on everyone’s mind: What does this mean for Spiderman?!