Okay, so this is admittedly a little geeky to get excited over, but it’s awesome to watch nonetheless. Last month SpaceX, a private spaceflight company, tested its new navigational sensors by launching its Grasshopper rocket 325 meters (1,066 feet) into the air and then landing it safely in the same location it took off from.

The landing is one of the smoothest I’ve ever seen and explosion-free, which is something you want if you’re going to strap yourself to a rocket, fly to space and expect to get back in one piece. SpaceX just recently released a video of the test, which is embedded below. I highly suggest watching it in HD. 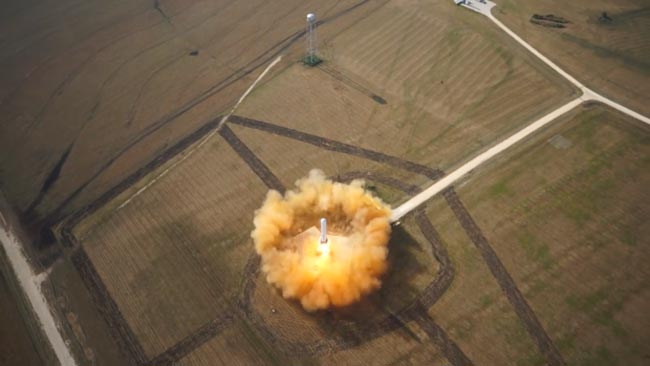 Pretty cool right? Crashing and blowing up a rocket is easy; landing it like that takes some serious hardware and engineering talent – at least in today’s world. In five years it might be commonplace for all we know. It’s the first real promising footage I’ve seen that backs up the claims that space tourism is only a year out.