At the end of last week it was rumoured that Sony would be announcing a new partnership with Garmin to equip their Sony SmartWatch 2 with a Garmin Navigation App. Today at the Mobile World Congress (MWC) exhibition in Barcelona Garmin and Sony have today officially announced the partnership and unveiled their new navigation app and extension.

The Garmin Xperia Edition smartphone features Garmin navigation features and the new application seamlessly integrates with Sony SmartWatch 2 to display walking directions, providing users with navigation details directly on their wrist, without the need to look at a smartphone screen. 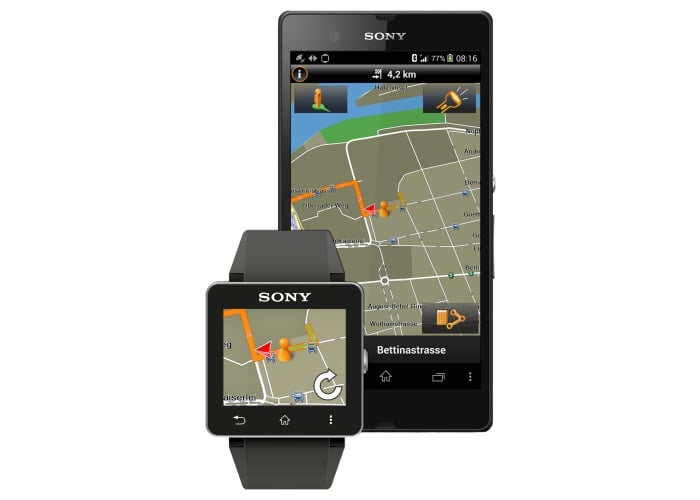 Garmin will now offer an app extension for the Sony SmartWatch 2 via the Google Play store allowing users to benefit from navigation information via Bluetooth from an Android smartphone running the Garmin Xperia Edition or the NAVIGON Android app.

The Sony SmartWatch 2 will then be able to display a detailed map, making it convenient to navigate on foot displaying a users current position together with their route as well as offering a zoom function that can be controlled by a simple button-press on the watch to take a closer look at their map or route.

The Garmin Xperia Edition and its Sony SmartWatch 2 extension are expected to be available in March 2014, however no information on pricing has been released as yet.