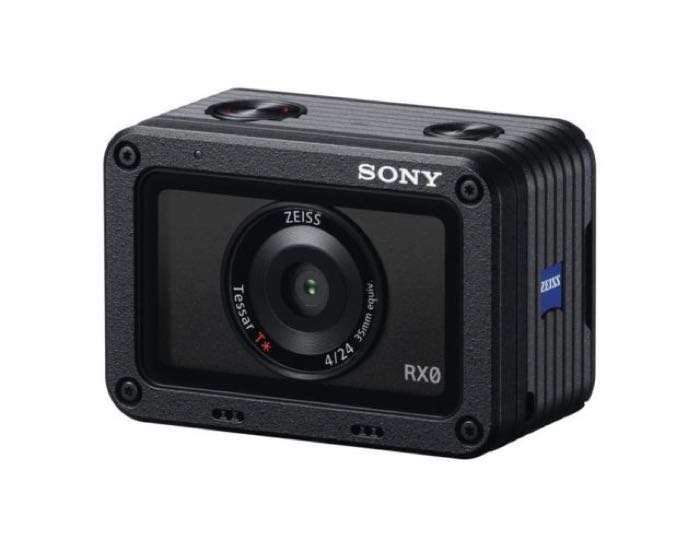 Everyone talks GoPro for rugged action cameras that are small and compact, but Sony wants in on the action too. The company has recently taken unveiled the RX0.

The RX0 is part of Sony’s RX lineup of cameras, but this camera is clearly designed to be an action camera, small enough to be brought with you on trips and adventures, and also small enough for it to be mounted on helmets or worn on your gear.

According to Sony, the RX0 will have a 1.0-type stacked 15.3MP Exmor RS CMOS image sensor. It will also have a ZEISS Tessar T* 24mm f/4 wide-angle lens, allowing you to capture more of the action. It will also have a maximum shutter speed of 1/32,000 and will also be able to shoot at speeds of up to 16 fps.

Will it replace the GoPro? Who knows. The RX0 is pretty compact at 3.9 oz and measures 2.38 x 1.63 x 1.19 inches. It is also rugged and waterproof up to depths of 10m, shockproof from heights of up to 2m, and crushproof up to 200kg. The RX0 is priced at $700 and is expected to be released this October. Just in time for the holidays. This should be a hit.