A photo has been posted online which is reported to be of Sony’s new flagship Android smartphone, the Sony Honami. The photo below apparently shows the Sony Honami in the middle of two other devices, the Xperia Z Ultra and the Xperia ZL.

The Sony Honami is rumored to feature  full HD 5 inch display with a resolution of 1920 x 1080 pixels, the display with apparently feature Triluminos technology, and will be powered by a quad core 2.3GHz Qualcomm Snapdragon 800 processor. 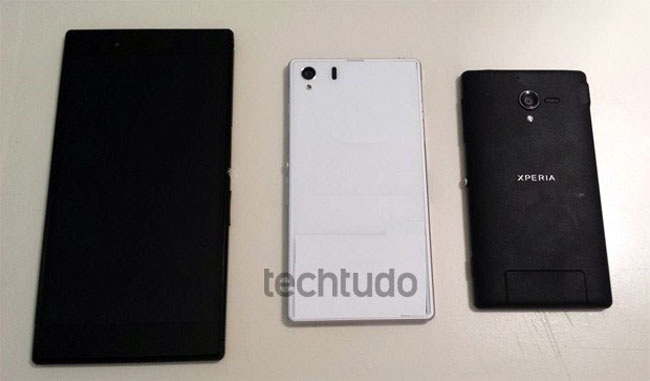 Other rumored specifications on the Sony Honami include a new 20 megapixel sensor from Sony, plus 2GB of RAM, a 2,700 mAh battery and it will apparently be dust and water proof.

The last thing we heard about the release of the Sony Honami, was that Sony would announce the handset at IFA in Berlin in September, as soon as we get some more details we will let you guys know.