We have featured a number of The Elder Scrolls V : Skyrim game mods here on Geeky Gadgets, since the game was launched. But the following Spiderman mod has to be one of the weirdest and creepiest to date with or with our a a phobia for spiders.

The Skyrim, Spiderman mod has been developed by FancyPantz, a funny mod from skyrimnexus which transforms spiders into spiderman. Watch the video after the jump to see it in action. 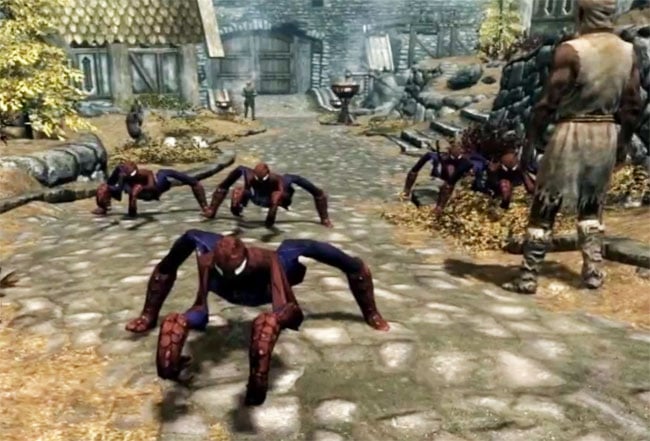 All the mods we have featured and the ones we haven’t have all been created without the official release of the Skyrim Creation Kit consisting of modding tools shortly being released by Bethesda. So you can only imagine what fun developers and modders will have once more tools are made available.

For more information about this creepy mod jump over to the Skyrim Nexus website.