The second Skyrim DLC has now landed on Xbox 360 consoles in the form of the Hearthfire DLC, which is now available to download for downloaded from Xbox Live for 400 MS Points, or $5.

The new Skyrim Hearthfire DLC has been created by Bethesda to enabled Skyrim players to create their own homes, using in-game tools such as a drafting table and workbench. 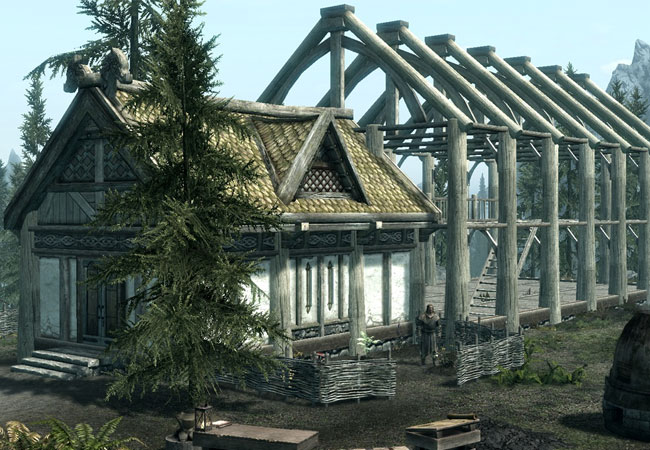 Players homes in Syrim have to be created from raw materials found within the game, which can then be used to create facilities such as stables, alchemy laboratorys, armories and other building to expand your estate.

Bethesda has also added an option that allows Skyrim players to populate their estate with NPCs if desired such as bards and carriage drivers, and you can even invite your spouse and child to join you if you have one in game.

The Skyrim Hearthfire DLC will be available on Xbox 360 consoles exclusively for 30 days, after which it will start to roll out to other platforms. Probably only PC if Bethesda is still experiencing problems with PS3 consoles.