Many of our readers are reporting that Skype is still not working, Skype has said that they will be releasing a software update later today which should fix the problem.

Skype has now issued a fix for the problem, anyone able to sign in can find instructions on how to get Skype working again on both Mac OS X and Windows, you can find out full details here.

We just tested it on both Windows 7 and Mac OS X and it works, managed to get signed into both. Skype haven’t as yet released any details on the outage, we will keep you updated when we get some more information.

If you use Skype, then you probably know that Skype is now down for many, with many users unable to log in to Skype, and it seems to be quite a major outage as many reports are coming in from all over the world about users being unable to use the service.

Skype just announced on Twitter, that they are aware of the problem, although they haven’t as yet provided any information on a possible fix for the problem. 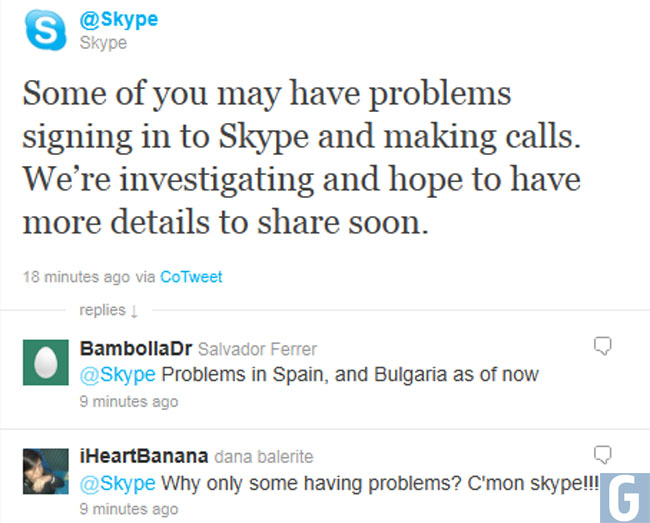 When users try to log into Skype, the App crashes and it seems to be happening on both Mac OS X and also Windows. If you have managed to log into Skype or are having problems logging in please leave a comment below and let us know as we are interested to find out how widespread the problem actually is.