Sky has announced an update to their popular Sky Go app for Apples iOS devices, you will now be able to watch sports on demand on the Sky Go App on the iPhone and iPad, the feature will also be added to Android devices shortly. 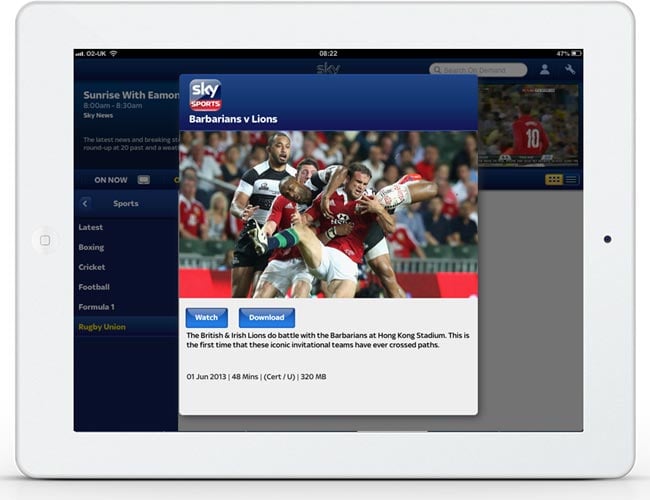 The new feature is available on iPhone and iPad and coming to Android soon. Highlights including the Monaco Grand Prix™, the five-try England score during the recent England-Barbarians rugby game and the latest England – New Zealand cricket tests from Headingley  can all now be found in the On Demand section of Sky Go.

Looking ahead to the big international summer of sport, the new on demand highlights feature means people will be able to  catch up on coverage of key Lions tries or the crucial  wicket during one of this summers’ Ashes Test quickly and simply wherever they are, through the on demand  library in Sky Go. In addition, Sky Sports customers with Sky Go Extra also have the option of downloading the shows to watch offline, creating their own personal highlights service at the swipe of a button.

You can find out more details about Sky Go Sport highlights over at Sky.