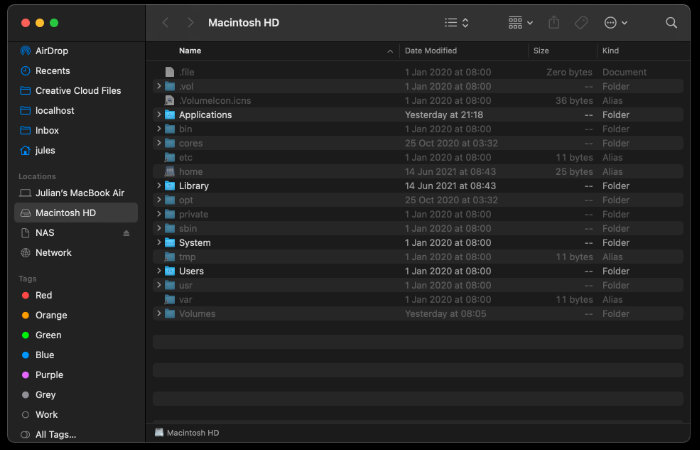 By default Apple has set your Mac computer to hide a wide variety of operating system system files from view to protect them from being accidentally deletion. Unfortunately this can be a little annoying at times, especially when you’re trying to carry out certain actions or tweaks that need access to maybe the Library folder  or certain system files. But there is an easy way to show hidden files and the hidden Library folder on your iMac, MacBook or Mac computer and you can do this graphically using the Finder file manger or using the command line Terminal application, just choose which ever way you feel most comfortable using.

Simply open the Finder application and select the ‘Macintosh HD’ drive on the left-hand side under the ‘Locations’ section and use the shortcut Command + Shift + . to reveal all the hidden Mac system files greyed out, but listed in Finder. Repeating the shortcut will then reverse the process quickly hide the files once again from view. 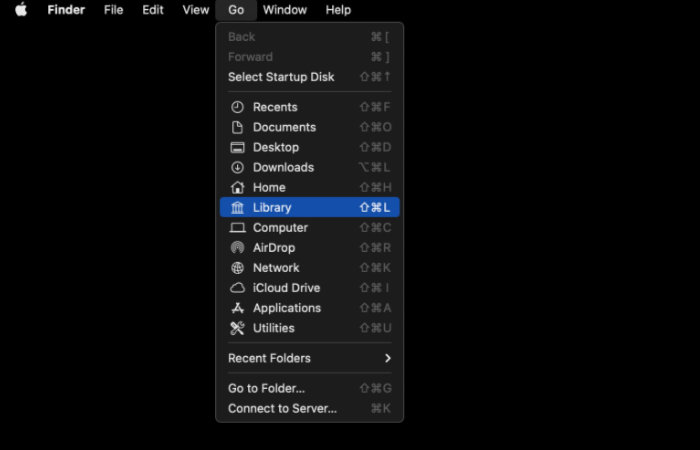 Sometimes it’s necessary to view the hidden ~/Library folder on Mac computers and this is just a simple to reveal using Finder once again, if you haven’t already used the show hidden file shortcut above. If you have then the Library folder will already be showing in the Finder Go menu as in the image above.

To show the Library folder without  using the above shortcut, open a new Finder window and then select ‘Go’  to reveal the dropdown from the top text menu. Once it shows press the ‘Option’ key on your Mac keyboard, located between ‘Control’ and ‘Command’ and the Library folder will be revealed in your list of locations, its position is roughly in the middle of the list just under ‘Home’ as in the image above.

If you would like to permanently show the Mac ~/Library once revealed you can drag it to the left-hand side shortcut section of Finder where it will remain for easy access even after closing down your Mac.

The simple shortcuts and commands provide a couple of ways for you to show hidden files on your Mac permanently or temporarily allowing you to carry out the required tweaks or maintenance and then once again put them safely out of view to stop any accidental deletion.