You may recall the meteor that entered the Earth’s atmosphere over the Russian city of Chelyabinsk back in February. The meteor was traveling at such high speeds that it’s shockwave blew windows out of a number of buildings in the Russian city and caused injury people on the ground. As many as 1500 people were reportedly hurt by falling debris such as broken glass. 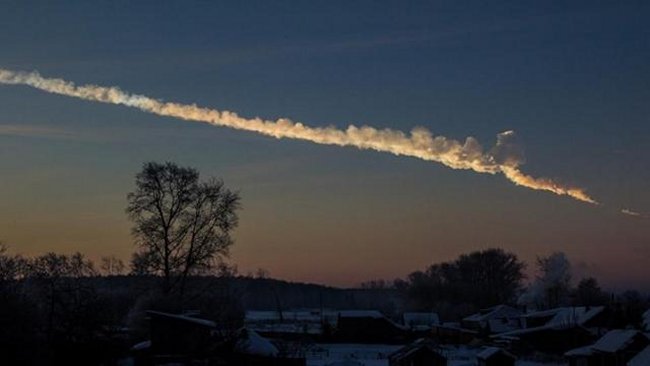 Scientists have been studying the meteor since the incident and the scientists are reporting that the shockwave was so strong that it circled the globe twice. “For the first time since the establishment of the IMS infrasound network, multiple arrivals involving waves that traveled twice round the globe have been clearly identified,” the scientists write in a paper recently published in the journal Geophysical Research Letters.

The team gathered data from 20 International Monitoring System stations around the globe to get an idea of how much explosive energy was released when the meteor entered the atmosphere. The scientists say that the explosive energy contained in the shockwave was equivalent to 460 kt of TNT or 30 Hiroshima-sized atomic bombs. Scientists estimate that a meteor event of this size occurs once every 10 to 100 years.

via The Space Reporter