The Sensus iPhone case is equipped with touch capacitive sensors built into the back and right edge of the protective case which are then connected to the iPhone through Apple’s 30 connector on the bottom of the iPhone 4 and 4S. 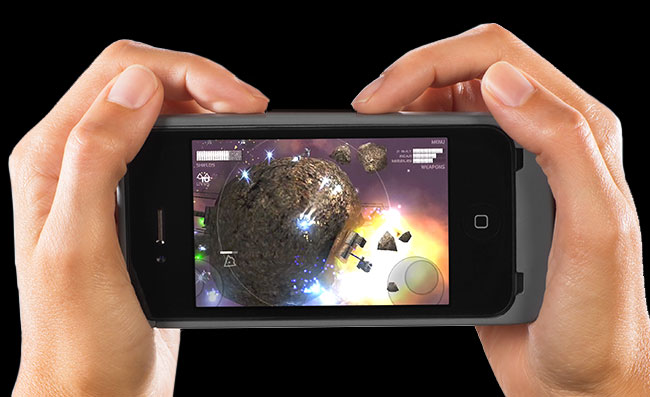 This connection provides immediate response times and the power needed to run the dual microprocessors within the Sensus iPhone case, making it perfect for responsive gaming. Its developers explain:

“Until now, the touchscreen has been the only input for iPhone. Controls have been limited to your fingers interacting with the screen, or mediocre, external generic bluetooth devices that are bulky and inconvenient. With Sensus, games now have more variables for controls. Not only will Sensus enhance existing games, but also create a whole new genre for game interactions. Sensus is the game changer.”

The new Sensus iPhone touch sensitive case is now available to pre-order for $59 and is expected to ship in the first quarter 2013, and has been designed for Apple’s older iPhone 4 and iPhone 4S smartphones. No information is available at the present time as to whether Sensus is developing an iPhone 5 version of the touch sensitive case.

Sensus has also developed an SDK for their new touch sensitive iPhone case, and more information is available from their website.