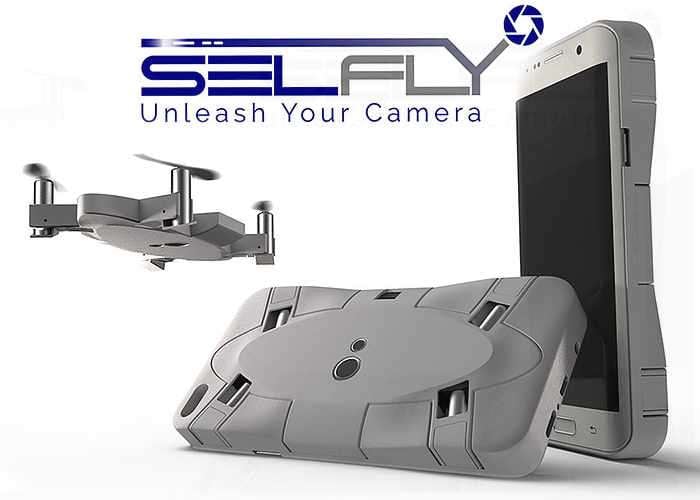 SELFLY Camera a team of developers based in Boston Massachusetts, have created an innovative concept smartphone camera case that is capable of becoming a flying drone, equipped with a camera. Enabling users to obtain a new perspective when taking selfies in the future.

The prototype smartphone drone case has taken to Kickstarter this week to raise the $125,000 the team requires to take their idea into production. Watch the video below to learn more about the concept and how the smartphone case transforms into a flying camera drone.

The camera drone smartphone case is compatible with a number of different smartphones and dedicated cases will be created for everything from the iPhone six onwards as well as android smartphones such as the Galaxy S6 Edge, Galaxy 7 and above. The companion application is also compatible with both iOS and Android devices.

For more details on this innovative smartphone accessory jump over to the Kickstarter website where pledges are available for earlybird backers from $79 with shipping expected to take place during June 2017.