It has been few days since the launch of Nexus 7 and it has received the iFixit treatment. The folks at iFixit got hold of the Nexus tablet and gave it a repairability score of 7 out 10 after tearing it apart, meaning that the device is comparatively easier to fix. The new Nexus 7 is thinner, narrower and taller than its predecessor with not texture on the back cover. 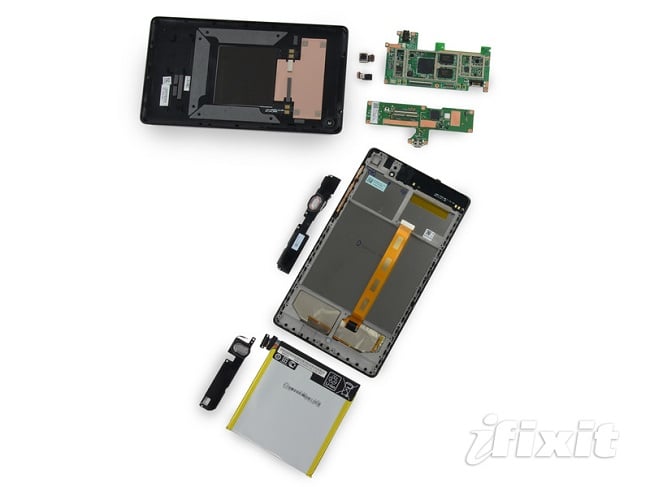 The tablet can be opened using a simple plastic tool however; there are chances that it might get cracked. There is a huge battery after you open the device along with a inductive charging coil – that is used for wireless charging. To get the battery out of its place as the screws have 2 seals and removing them will void your warranty. The motherboard and daughterboard are easy to remove and doesn’t require too much effort.

One of the most difficult things to remove during the teardown was the front glass that was adhered to the display frame. In order to remove it, you need a heat gun to get the LCD out which may not be suitable for every user. Here are some images of the teardown. 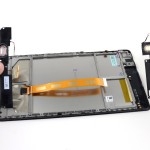 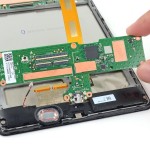 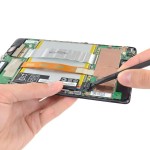 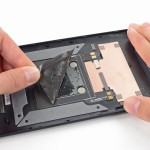 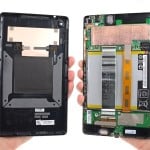 Overall, iFixit says that the tablet is easy to repair. Head over to iFixit to view more photos of the teardown of second generation Nexus 7.