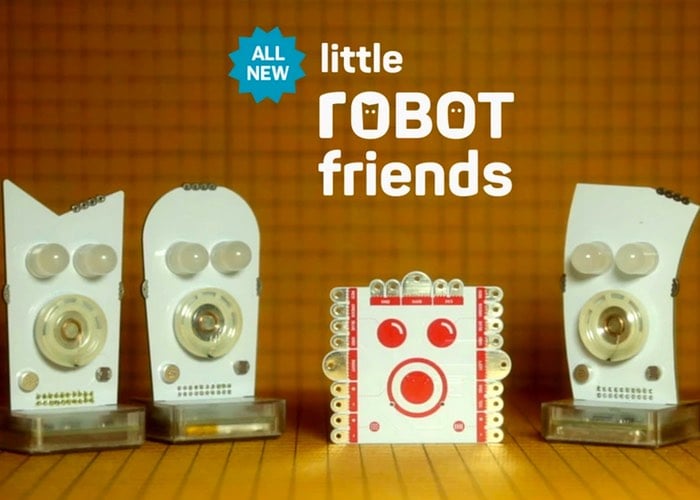 Aesthetec Studio has once again taken to the Kickstarter crowdfunding website to launch its new second generation of Little Robot Friends, but come in easy to assemble kits for children to learn more about electronics and code.

The Little Robot Friends take the form of expressive characters that are available as either Ghosty, Spikey or Curvy and have now been upgraded with more powerful processors, more sensors and a rechargeable battery pack as well as wireless communication via Bluetooth. 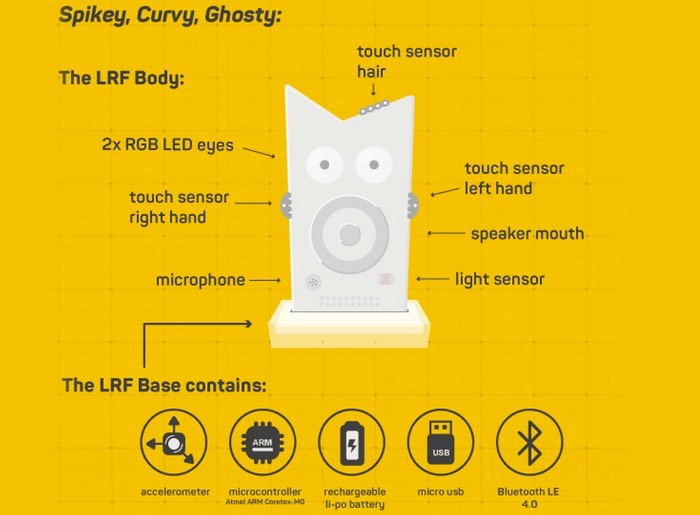 Watch the video below to learn more about the new range of Little Robot Friends which are now available to back via Kickstarter with pledges starting from just $60 for early bird backers.

Made out of a circuit board and simple electrical components, Little Robot Friends introduces electronics and code literacy in a playful way. The robots have multiple sensory receptors: they can sense light, hear sound, receive touch, and detect movement. They can talk or sing to you in their own language (beepboop-ese) and express their moods through their RGB LED eyes. They can communicate wirelessly to each other, and to your smart devices. And best of all, they are programmable by you.

Crafty is our new addition to the family and looks a bit different. With Crafty, you can create your own Little Robot Friend using almost any material. Crafty has all the same parts as the other LRFs, so your new robot can sing the same songs, perform the same tricks, and play the same games as Spikey, Curvy, and Ghosty!

For more information on the new Little Robot Friends jump over to the Kickstarter website for details following the link below.