If you’ve ever built your own computer or replaced a hard drive, you know how thick the devices usually are. The hard drive inside your typical desktop computer can be anywhere from a half an inch to an inch or more thick depending on the total storage capacity. In the world of thin notebooks and other devices, many companies have resorted to SSDs because of their typically thinner stature compared to a traditional hard drive. 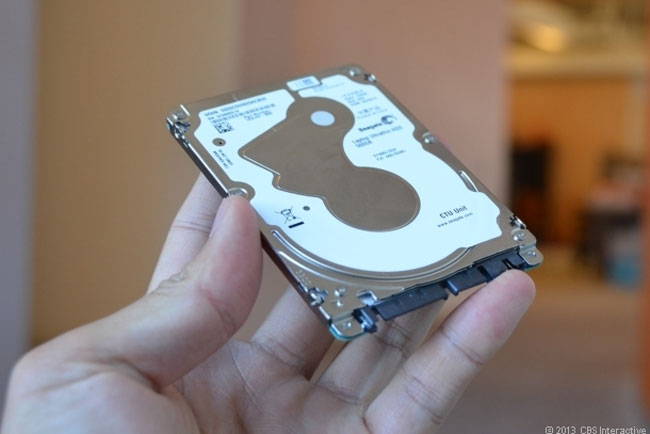 Storage maker Seagate has now launched an incredibly thin traditional hard drive designed specifically for use in ultrathin notebooks, tablets, and other hardware. The little drive is only 5 mm thick making it 25% thinner than a 7 mm thick internal drive. In addition to being superthin, at about the same thickness as three stacked credit cards, the drive weighs in at only 3 ounces.

The thin hard drive will find its way inside small form factor desktops, laptops computers, ultrabooks, and tablets in the future. Despite being incredibly thin, the drive still uses a standard 2.5-inch form factor and a normal SATA port connector. The benefit in using the standard connections for Seagate is that it allows the drive to be used in place of the existing 2.5-inch drives. The official name is the Seagate Laptop Ultrathin HDD and it comes in 320 GB or 500 GB capacities. The 500 GB version is expected to cost $89.