The Samsung Galaxy S is quickly becoming one of the more popular Android smartphones available, back in July Samsung announced that they had sold a total of one million Galaxy S smartphones worldwide, this was before it had even launched in the US. 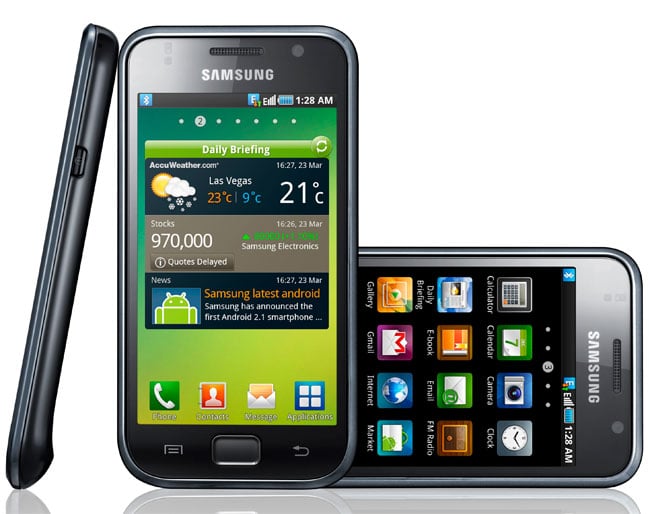 The Samsung Galaxy S features Android 2.1, it features a 1GHz processor  and a four inch Super AMOLED WVGA display with a resolution of 800 x 480 pixels.

The Samsung Galaxy S also comes with a five megapixel camera, a social hub user interface, A-GPS, Bluetooth 3.0, USB 2.0, integrated 802.11 b/g/n WiFi and a microSD card slot which can take up to 32GB cards. Have a look and our article on Android vs iPhone to see which smartphone and mobile platform is best for you.