Samsung has announced that it has put its new 3GB LPDDR3 RAM into production, the RAM is designed to be used in smartphones, and is also designed to use low amounts of power. 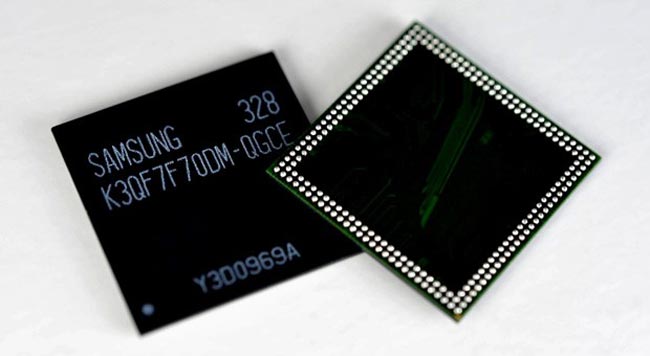 “Three gigabyte mobile DRAM will be adopted in the most up-to-date, high-end smartphones starting in the second half of this year − an initial adoption that will expand to most high-end smartphones worldwide next year,” said Young-Hyun Jun, executive vice president, memory sales & marketing, Samsung Electronics. “We will develop a new 3GB LPDDR3 solution based on four 6Gb LPDDR3 DRAM chips by symmetrically stacking two chips on each side, which will boost smartphone performance to the next level by year-end.”

There are no details as yet on which devices will be the first to get this new Samsung 3GB RAM, we wonder if it will launch with the Samsung Galaxy Note 3 which is rumored to come with 3GB of RAM