Samsung will announce their latest Android smartphone later today, the new Samsung Galaxy S III mini, we have already seen a leaked press shot of the handset and now it would appear that we may have an actual photo of the device.

The photo below was posted to GSM Helpdesk (translated), and as you can see from the photo, the specifications listed next to the device are the same ones that we have been hearing about this week. 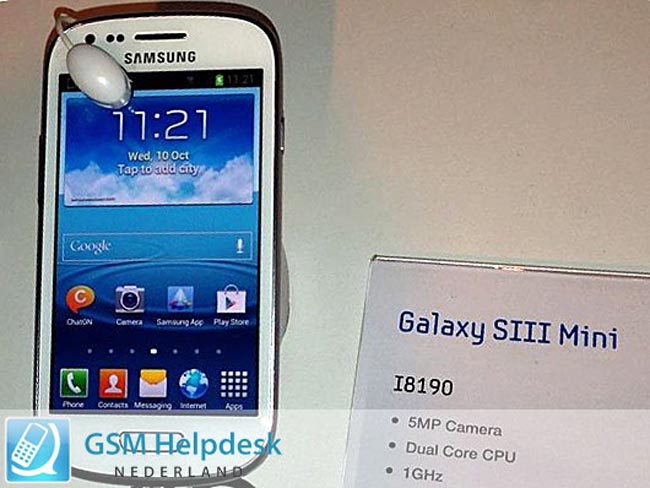 The Samsung Galaxy S III Mini will come with a 4 inch touchscreen display, the device is rumored to feature an 800 x 480 pixel resolution and will be powered by a dual core 1GHz processor.

The Galaxy S III Mini is also rumored to feature a 5 megapixel camera, we should have some confirmation of these specifications along with some decent photos later on today.