It looks like we have some images of the Samsung Galaxy Note 3. Small quantities of Galaxy Note 3 prototypes have been shipped for purposes of research and development, so it’s no surprise that images are surfacing. Based on the photos, one thing that you’ll notice, is that the corners on the device are a bit sharper than what we have seen with the recent wave of Galaxy devices.

We can only see the front of the device in these images, so we don’t know anything relating to the S-Pen. The form factor does follow Samsung’s usual design model though. 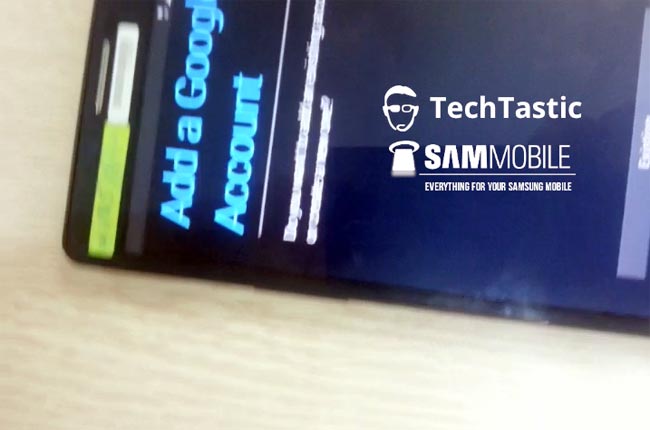 As for specs, rumors suggest a 5.99-inch Super AMOLED display, a 13MP camera with OIS, and Android 4.3 with a touch of TouchWhiz. It may also pack an octa-core Exynos 5 CPU or a quad-core Qualcomm Snapdragon 800 CPU.