We have been hearing for a while that there will be different versions of the Samsung Galaxy Note 3 with different processors. The US and European version will feature a Qualcomm Snapdragon 800 processor, there will also be another version with a Samsung Exynos 5420 Octa processor.

Samsung has just made their new Samsung Exynos 5240 Octa processor official and it is based on an ARM Mali-T628 MP6 cores, and it features a 6 core GPU. 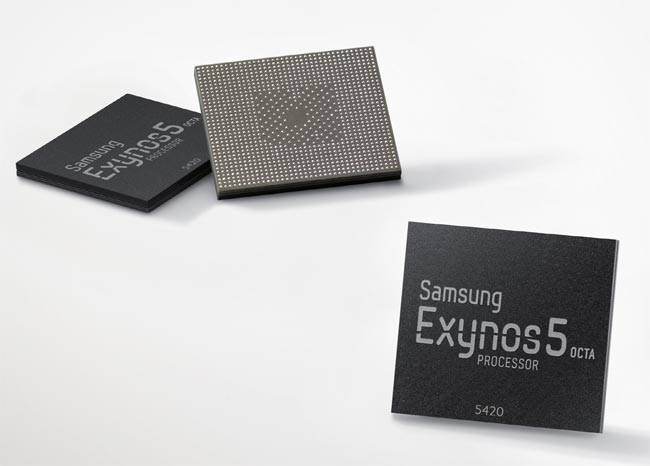 The newest Exynos processor is powered by four ARM Cortex®-A15™ processors at 1.8GHz with four additional Cortex-A7™cores at 1.3 GHz in a big.LITTLE processing implementation. This improves the CPU processing capability by 20 percent over the predecessor by optimizing the power-saving design.

In addition, the multiple image compression (MIC) IP block inside this System-on-Chip successfully lowers the total system power when bringing pictures or multimedia from memory to display panel. This feature results in maximizing the usage hours of mobile devices with a high-resolution display such as WQXGA (2500×1600), in particular when browsing the web or doing multimedia application requiring the frequent screen refresh.

We are expecting the new Samsyng Exynos 5240 processor to launch in the new Samsung Galaxy Note 3, you can find out more details baout the processor at the link below.