The Samsung ATIV Q hybrid Windows 8 and Android tablet was only unveiled last month during the Samsung Premiere 2013 press conference, and is already available to pre-order in Germany for €1,599.

The Samsung ATIV Q has been designed to transformed from tablet to laptop with one quick motion and will provide you with access to both Microsoft’s latest Windows 8 operating system and Google’s Android Jelly Bean operating system. 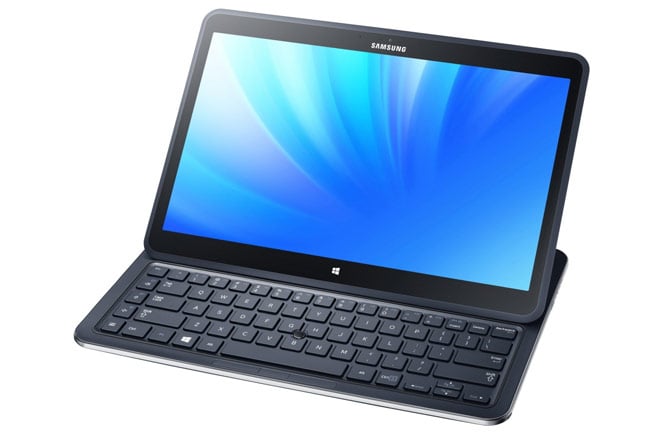 The Samsung ATIV Q measure 14 mm thick and weighs 2.8lbs or 1.3kgs and can swap from one operating system to the other with the simple press of a button and does on require a restart. According to the ARLT Computer website where the Samsung ATIV Q is available to pre-order shipping is expected to commerce on July 8th or near shortly after.