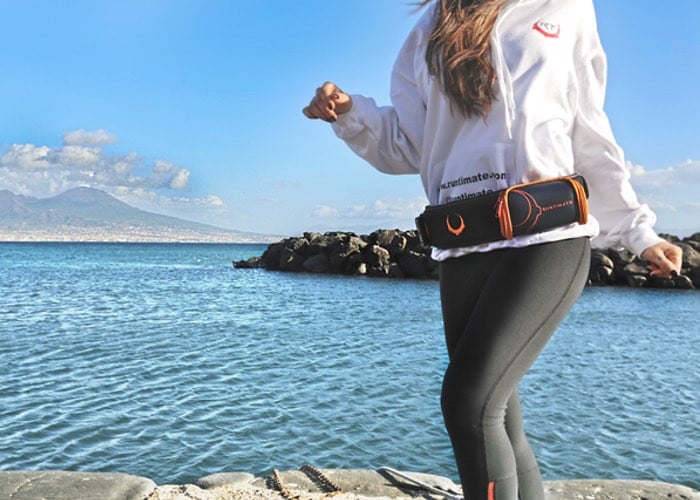 Runners looking for a convenient way to carry smartphones, keys, water or anything else whilst engaging in their chosen sport, may be interested in a new magnetic running belt and arm band which has been created called Runtimate.

Runtimate has been to specifically designed to hold your workout equipment and gadgets conveniently in place around your waist or arm. Providing easy access to everything you might need whilst out running without the need to stop, check out the promotional video below to learn more about its design and inspiration.

The creators of Runtimate explain more :

Magnetically secure your workout gear to Runtimate Running Belts and Armbands and unlock it whenever you need it. It’s that easy. Keys. Towels. Water. Phone. Our worst nightmares when we decided to go out for running. We tried everything, from waist packs to running backpacks: carrying and using comfortably that stuff was almost impossible. We looked for something better:

– Something with the capacity of a backpack in the space of a waist pack.
– Something so comfortable that you would forget it while running.
– Something designed to maximize usability.

Runtimate Belt and Armband represent our vision of the future of sport waist packs and backpacks. We thought magnets could save us from the bother of carrying running gear efficiently. After more than a year, we can proudly introduce a state-of-the-art invaluable device for your outdoor training.

The Runtimate project is currently over on the Kickstarter crowd funding website looking to raise €65,000 in pledges to make the jump from concept to production. So if you think Runtimate is something your running could benefit from, visit the Kickstarter website now to make a pledge from €25 and help Runtimate become a reality.