As they say, when the launch day of any flagship smartphone draws closer, the number of leaks and rumors about that device increases as well. Same is the case with Samsung Galaxy Note 3. First, a number of rumors suggested that the device will bring a 5.99 inch display. Earlier today, it was revealed that Samsung changed their mind and will now bring the device with a 5.7-inch display. Now, another rumor is suggesting that Samsung will bring the device in different screen sizes – 5.5 inch, 5.7 inch and 6 inch. 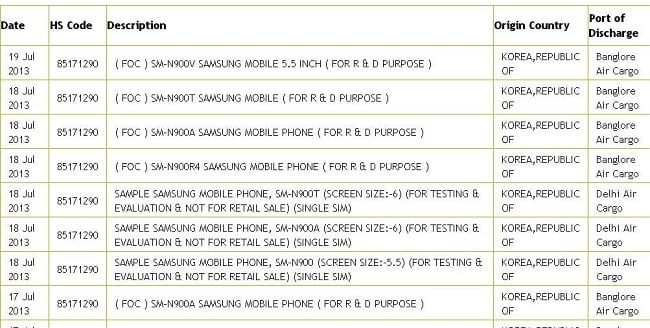 The folks over at TechKiddy mentioned earlier that some knowledgeable sources from Samsung confirmed the news that the device will feature a 5.7 inch screen. Now, they are saying that the information came out directly from a Indian logistics website that claims that the Korean giant will bring the devices in three screen sizes. The leaked image shows that the devices have been shipped to India for R&D purposes plus they shows different variants of the same device i-e N900. I guess they may be for the different markets worldwide but we are not 100 percent sure at the moment. 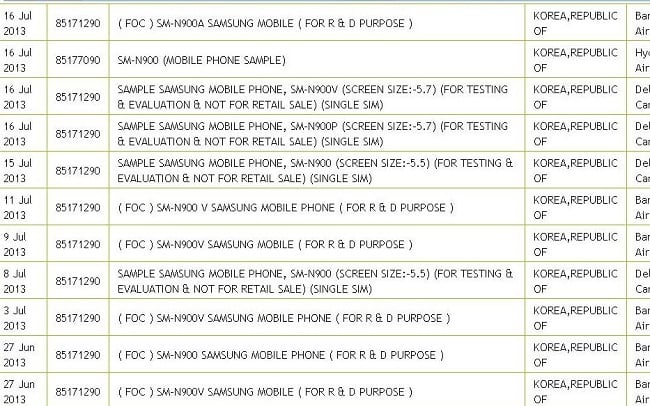 I guess we will find the entire truth in a few months as the device is expected to launch in September at IFA Berlin. What do you think? How much truth lies in this rumor?