More details about Samsung Exynos 5 Octa have emerged through DDaily –a Korean publication. The report also claims that the upcoming Samsung Galaxy Note 3 will powered by the Exynos 5 Octa rather than Qualcomm’s Snapdragon 800 chipset. 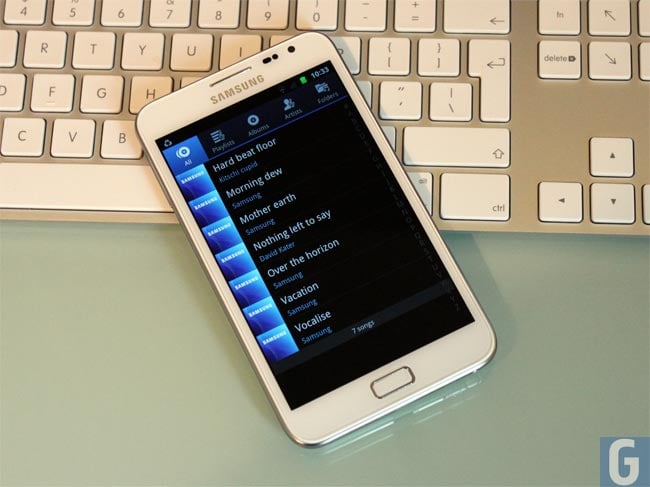 Few days back, @SamsungExynos announced via Twitter that the new Samsung Exynos 5 Octa in the coming weeks. However, the company failed to provide any extra details about what this SoC would bring at the table. A Korean publication namely DDaily reports that the new chipset will be codenamed Exynos 5420 with an improve GPU. It is expected to run PowerVR SGX 544. Athough the specifications of the GPU are not confirmed. 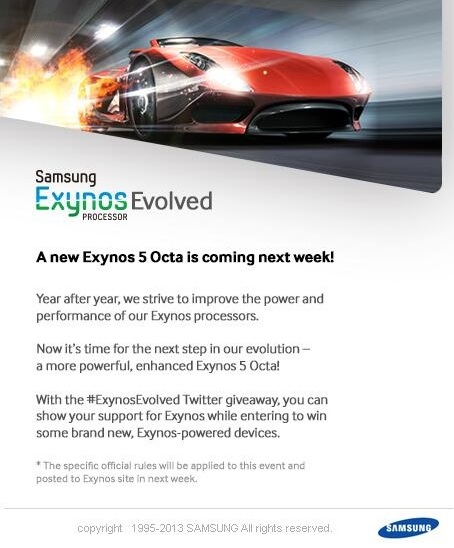 Interestingly, the report mentioned that Samsung’s upcoming phablet – Galaxy Note 3—will be powered by Exynos 5 Octa.  If you remember, a benchmark was revealed a few days back of the alleged Galaxy Note 3 claimed to be running on Snapdragon 800 chipset. It appears that it might be running on the new Samsung Exynos 5 Octa, based on the new findings.

A number of leaks in the past pointed at the fact that two versions of the device will hit the market, one will be powered by Snapdragon 800 while the other one will feature Exynos 5 Octa. What do you think about this new source?

Galaxy Note 3 is expected to launch in September at IFA 2013. I guess we will find out more details about it when the newest chipset will hit the market next week.