The recent CES showed off several cars integrated with those cool apps and not to be outdone, Research In Motion’s QNX platform was taken for a spin at a Porsche 911. QNX engineers placed a capacitive screen as replacement for the Porsche’s head unit to control RIM’s platform and the result was a more attractive and intuitive user experience, from VOIP calls to navigation. 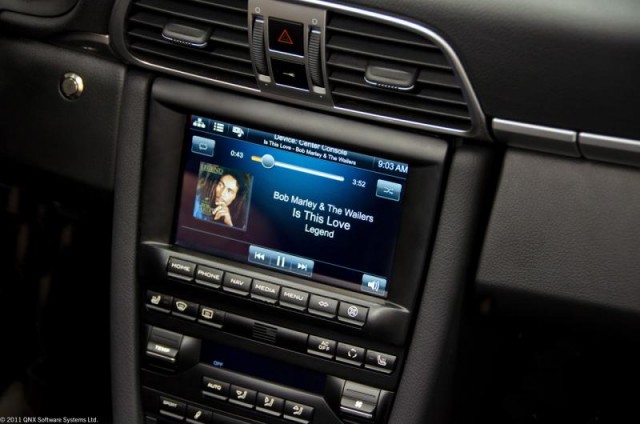 The QNX platform, having powered RIM’s playbook, will surely come in handy when strapped to a car as it comes with noteworthy apps and tons of multimedia options, such as having a video shared to screens found on a backseat.  RIM actually introduced the QNX in 2010 and while its in-car infotainment concept did not get much attention, the company is back for a second version of the platform.

The QNX Car 2’s system may be tinkered by auto manufacturers to their liking, making it a good alternative for powering a high-end in-car entertainment system.