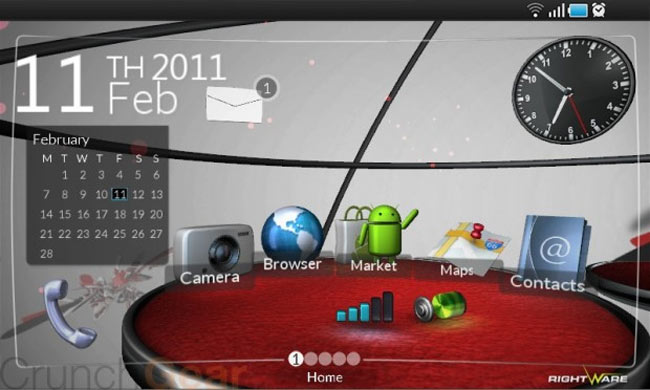 The 3D home screen is based on the Rightware Kanzi UI, a platform for displaying complex 3D UIs on mobile devices and is the world’s first fully functioning stereoscopic 3D home screen for Android.