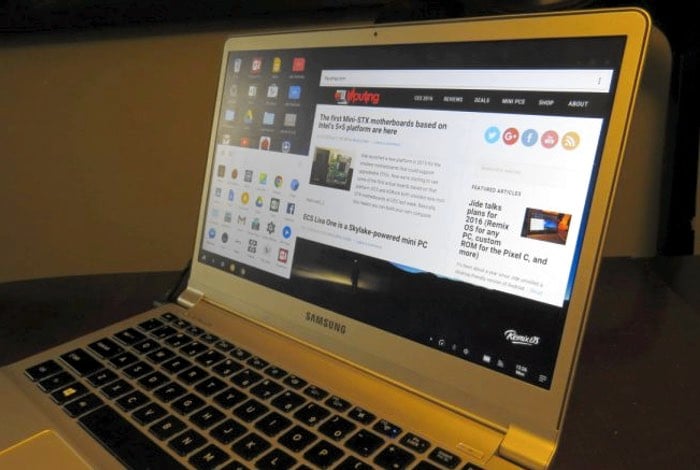 If you are interested in seeing how the custom Android Remix OS which has been designed to provide an Android version of a desktop operating system performs on a PC.

You may be interested in a new video and run through which has been published by Brad Linder over on the Liliputing website showing the Remix OS for PC was developed in partnership with the Android-x86 project running on a laptop.

Check out the video below during which Brad explains a little more:

Remix for PC was developed in partnership with the Android-x86 project, which has been providing versions of Android that are optimized to run on computers with Intel and AMD chips for years. But up until now most of those optimizations included hardware support, while Remix OS is also designed to make the user interface feel more desktop-like.

There are a few things to keep in mind. First, you’ll want a USB 3.0 or faster port for the best performance, as well as a reasonably fast USB flash drive. Second, you’ll need a computer that allows you to disable Secure Boot and use Legacy Boot mode… at least for now. At launch, Remix OS for PC doesn’t support UEFI firmware.

The Remix OS is now available in a early, “alpha” version of Remix OS for PC from today onwards if you are interested in giving the new operating system a whirl, visit the Liliputing website for more details via the link below.