If sci-fi movies in the last 50 years are anything to go by, our future is a dark and terrible spectacle. Shenanigans too. This according to an immense new graphic that chronologically arranges our future according to several dozen science fiction movies and TV shows, including Futurama. Judging by the resulting timeline, the next 1,000 years are an awful mess. 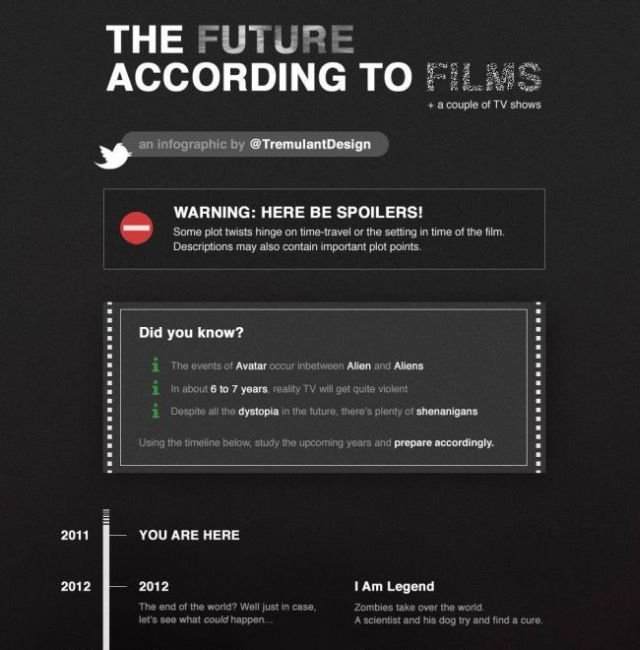 Of course what’s seen above is just the top portion. It’s pretty epic, charting millenia and the many crises that will assail the human race. Does it reveal any trends? Indeed it does. Namely the worrying frequency of dystopian societies and their attendant ills.

Worse, robots are always in conflict with us and 99% of alien encounters end badly. If the future (and far future as well) did end up this bleak, better start stocking the basement with pickled eggs and keep your guns loaded. It’s gonna be a wild ride.

View the whole graphic via the source link down south.

For those with fertile brains filled with vivid imaginings, here’s a magic question: How do you envision the world 25 years from now?