A new Real Racing 3 update game has been released this week which brings with it new enhanced graphics and more than 180 new events to enjoy.

The Real Racing 3 update also adds new manufacturers in the form of Bentley and Mercedes-Benz as well as the highly requested Time Trial mode arrives with global leaderboards. Watch the video after the jump to see it in action. 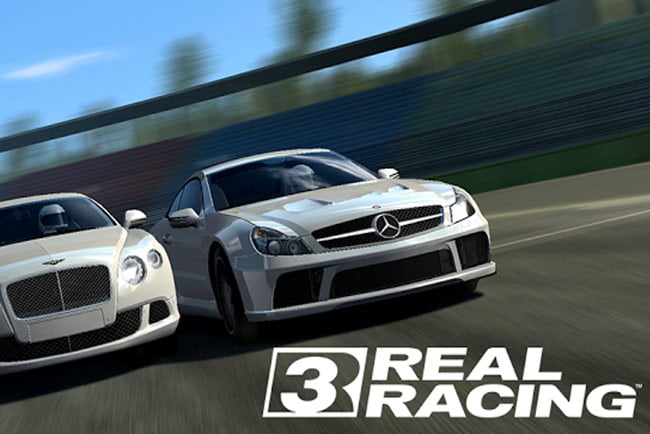 “Real Racing 3 sets a new standard for mobile racing games – it really must be experienced to be believed.Featuring a wide variety of officially licensed tracks, an expanded 22-car grid, and over 50 meticulously detailed cars from makers like Porsche, Lamborghini, Dodge, Bugatti, and Audi. Plus, racing against friends becomes even easier with the advanced Time Shifted Multiplayer”

Other new features in the Real Racing 3 update include new Clean Race and Daily Race Bonuses a new progression system. Together with the obligatory bug fixes and performance tweaks. Enjoy!