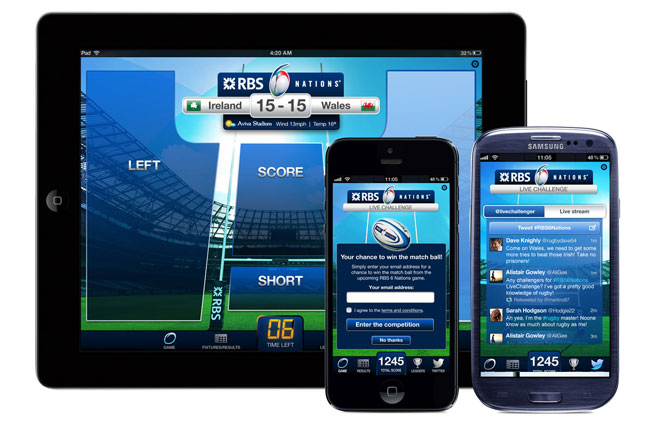 “Crouch, touch, set… think you know a thing or two about RBS 6 Nations rugby? Then the RBS 6 Nations Live Challenge is your chance to prove it. Play the official RBS 6 Nations Live Challenge app during every fixture. Warm up with the pre-match trivia challenge. Push yourself to predict the outcome of every conversion and penalty kick. Test your skills with our in-play questions. Then at the final whistle, compare your performance against your Facebook mates and other gamers worldwide.”

The new RBS 6 Nations Rugby application is now available to download for  both iOS and Android devices. Enjoy! 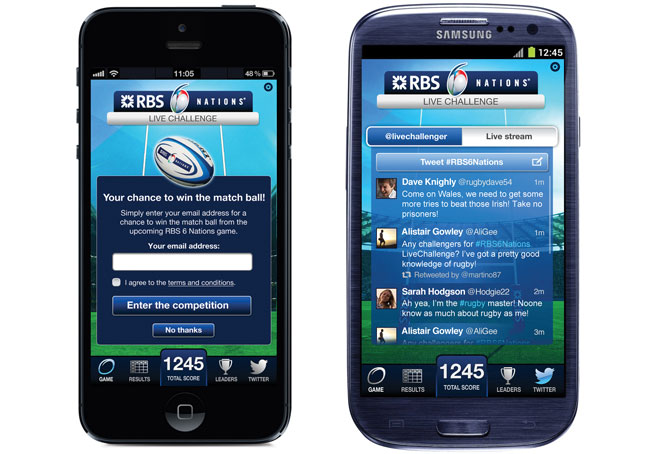