Switch the user configured multi-tool I first wrote about back in April of last year and was showcased on the community product website Quirky, has now made the leap into production.

The Switch is a a Swiss-Army-style multi-tool that lets you swap parts in and out from a kit to customised it to your exact needs. You can also exchange  axles, providing a minimum of two and maximum of six tools, or a minimum of four and a maximum of ten tools, or even a minimum of seven with a max of 13 tools if you want to be prepared for any eventuality. 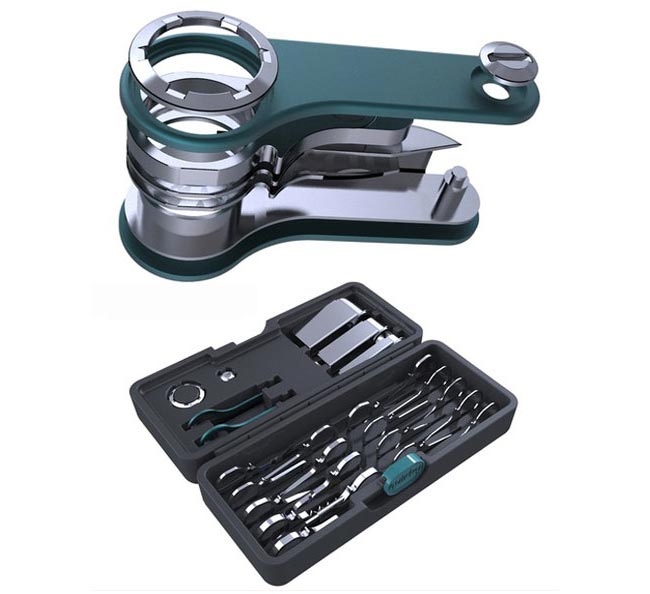 All 17 tool attachments include:

Unfortunately the flash drive attachment seems to have been dropped since the start of the project, but you still get a full arsenal of tools at your disposal. The Switch multi-tool will be available to purchase shortly for $79.