We have featured a number of different battery cases for the iPhone here at Geeky Gadgets, but this new one called the Prodigy, which was spotted by the guys from Cult of Mac at CES 2012, looks like it is one of the best so far.

As well as being able to charge your iPhone 4S, the Prodigy also features a built in interactive infrared keyboard that can be projected onto any flat surface, allowing you to type email and messages. 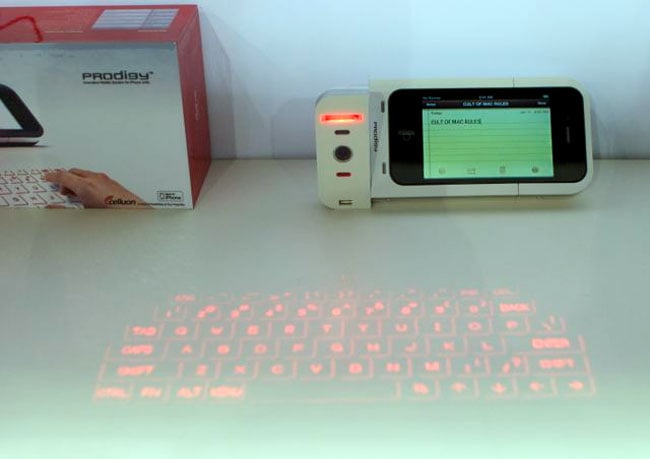 The is a prototype from Celluon, and they are expecting to release the device wthin the next couple of months, there are no details on pricing as yet.