So this whole PRISM fiasco has been all over the technological news airways now for a couple days, and I honestly don’t quite understand what everyone’s up in arms about. I find it funny people seem to believe online privacy is really a thing. What’s even more laughable is that people actually seem genuinely surprised to find out that the government has been electronically snooping.

In an effort to squash overblown rumors about what PRISM was actually up to, the NSA has declassified documentation pertaining to PRISM’s objectives and on-goings. Apparently select members of Congress were briefed on the project’s status 13 times since 2009. These meetings didn’t discuss specifics, but told said Congress members just how much digital information the government was capable of obtaining. 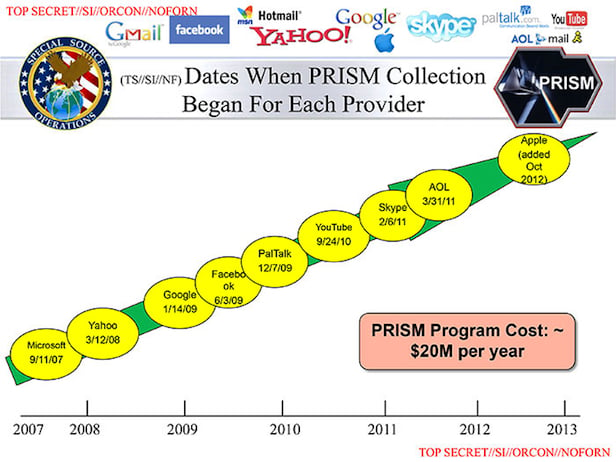 I’m not a conspiracy theorist or anything but come on people! We live in the Information Age, which is practically personified by the internet, and we have intelligence agencies whose job is to know anything and everything. Did you really think they weren’t going tap into the internet – a bottomless pit of information?