I like it when cool toys and gadgets come from video games into the real world. If you are a fan of Portal 2, you will recognize the turret standing below right away. The turret is one of the things that can give some players a hard time when they are playing. 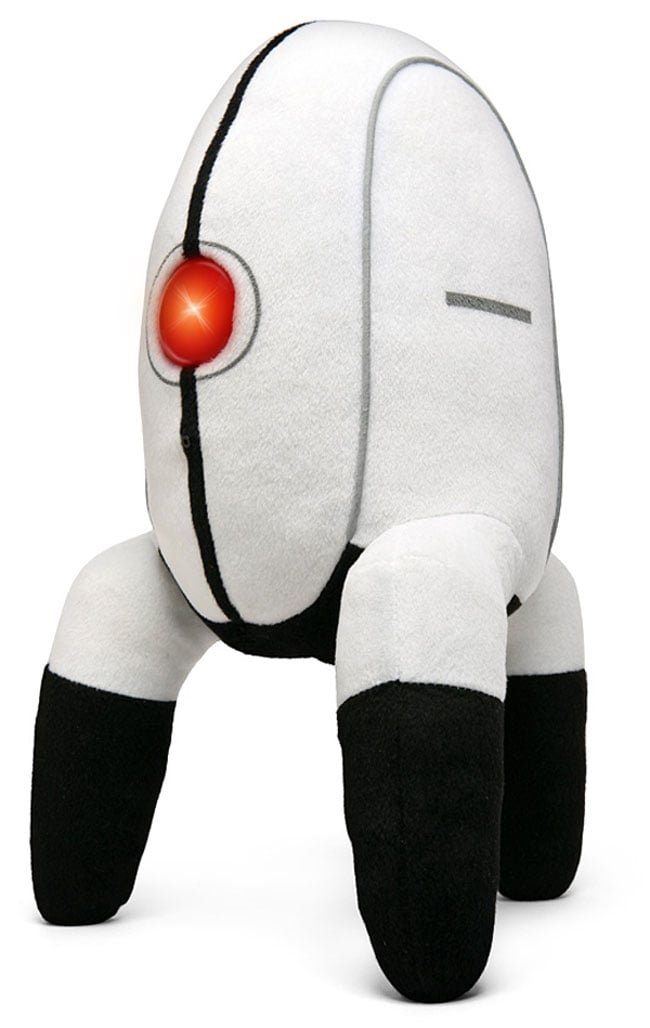 ThinkGeek has announced an interesting plush toy that is a recreation of that turret from the game gone plush. It’s made out of your standard stuffed animal stuff with a glowing red eye and motion detection. It also has automated sayings inside that will activate when motion is detected.

When it senses motion, it will say, “target acquired” along with four other quips that the turrets in the game says. If you knock it over it will quip “I don’t hate you” and other things that you will recognize from the game. It will also ask if you are still there after 30 seconds of inactivity. You can get your own for right under $35 at ThinkGeek.