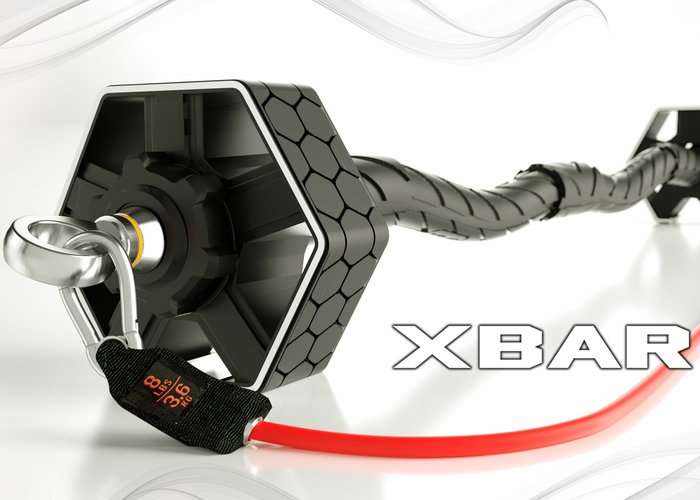 A new addition to the range of XBAR fitness products has been unveiled this week in the form of the XBAR FLYT, which offers a portable personal fitness system that is travel-friendly.

Earlybird backers can now bag a XBAR FLYT at an introductory price of just $109 with shipping expected to take place during November 2017. Check out the video below to learn more about the technical specifics of the new personal fitness system.

Fitness has been the driving force in my life since I was 10 years old. Skateboarding, BMX’ing, skiing, snowboarding, soccer, baseball, you name it, when we were kids, we were doing it. So staying in great shape wasn’t work at all, it was just life. But fast forward 20 or so years and it becomes a little harder to stay in shape. It wasn’t until about 5 years ago that I became so work obsessed and preoccupied with life, that I let myself go. Working out became nothing more than an afterthought.

After everything else was done, then maybe, just maybe I’ll find time to get the minimal amount of exercise. I ended up in such poor health that I actually got a firm warning from my doctor to shape up or else. That was the wake up call I needed. I remember that day well, and that day changed my life forever. I had never been told I was out of shape and that hit me like a ton of bricks. Me, out of shape! When did this happen? So that lit a fire within me and I was not about to go down with out a fight.

Time still wasn’t my best friend and I still had the task of juggling, my time between running a company and family life. So, being a part-time inventor and entrepreneur, I went to work on designs for a device that would allow me, and millions of people like me, to workout whenever and wherever they wanted. Cutting a long story short, that’s when the concept for the original XBAR was born and this was back in 2013. We released the original XBAR on Kickstarter in 2014 and welcomed a huge success, much beyond our comprehension. We then became triple funded and ran a flawless campaign.