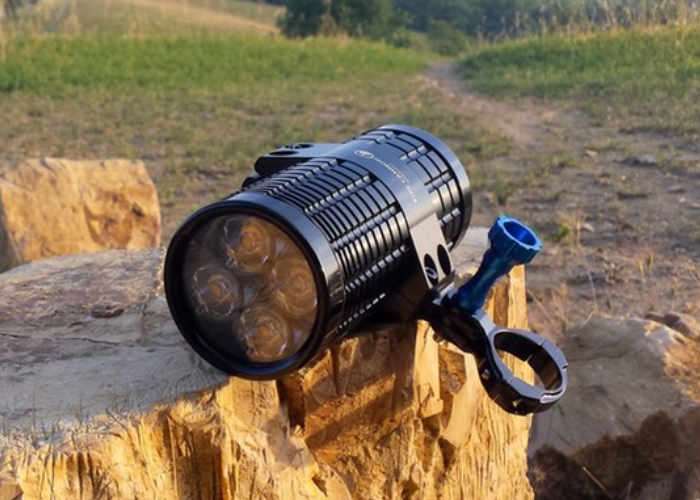 A new flashlight has been created called the Fire Cannon which provides the ability to both use the light powered by its integrated battery or plugged in to a power socket using the provided adapter.

According to the developers of the new 2,400 lumen flashlight, the Fire Cannon is the very first of its kind in the world to offer both plug-in and integrated battery pack. Equipped with a variety of different modes the torch can project a light from 180 up to 2,400 lumens when required.

Available via Kickstarter from €199 the Fire Cannon early bird pledge allows you to save over €60 from its recommended retail price, with shipping expected to take place during September 2017. Watch the video below to learn more about this powerful pocket sized flashlight which also can be mounted to your handlebars if required to illuminate the road ahead.

We are a group of friends with the passion of MTB and we often have problems with the reliability of the external batteries. Cables that break or disconnect due to vibrations, exploding batteries, low quality torches. So I joined my job with my passion to create one of the most powerful  torches on the market with integrated plug-in battery, the FIRE CANNON. The first test was achieved in September 2016 with a ” self made” electronic board connected to LED Demoboard.

The electronic and mechanical is designed through the use of the latest CAD technology. The coupling between COB LED ( the most powerful on the market at this time) and highly concentrated optics, provide a powerful and uniform luminous flux. The high standard electronics allow proper LEDs pilot and the electronic automatically limits the power when the battery is low..   A temperature control has also been implemented through NTC to avoid overheating to LEDs.