The developers behind the awesome bookmarking application Pocket, which was formerly known as Read It later. Have today announced the release of a new desktop Mac application.

Currently the extremely handy Pocket application is available for both Android and iOS, but the new release marks the first time the company has ventured on to computer desktop. 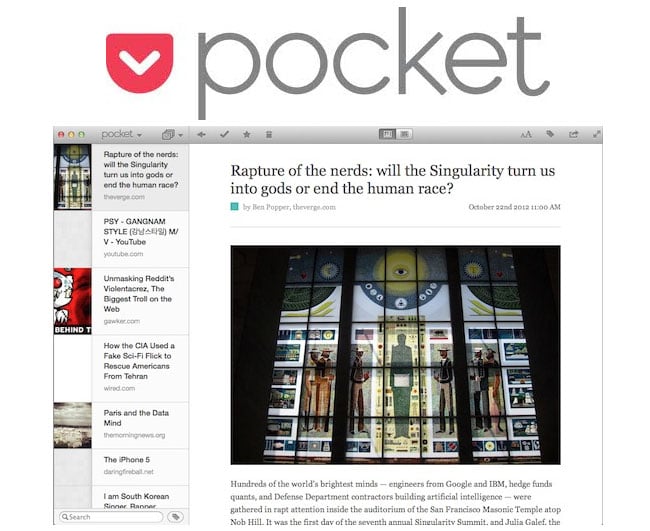 “Pocket lets users quickly save articles, videos, recipes and more, wherever they discover it-on the web or from over 300 top apps including Flipboard, Twitter, Pulse and Zite. Once saved to Pocket, the content is accessible on any device-phone, tablet or computer.”

The new Pocket for Mac application is now available to download for free from the Mac App Store. Enjoy!