The Mayor of Mount Holly in Minnesota hates talking on the telephone and has made his point by creating a DIY pistol Bluetooth headset inside a plastic gun. 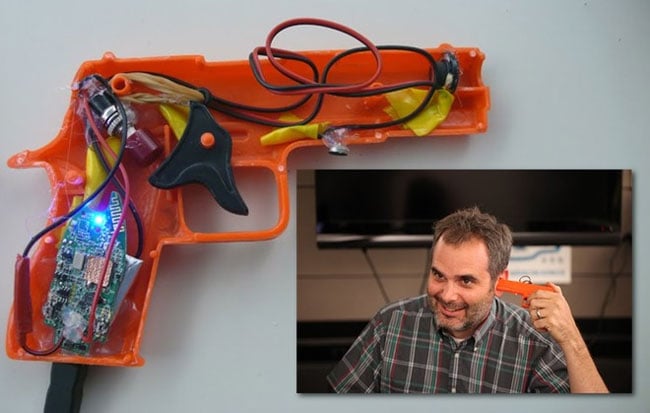 Every time he answers a call he holds the gun to his head looking more like a suicidal madman than a Mayor on the phone.

Mike’s says:  ‘I draw the gun out of my pocket, stick the barrel in my ear (the speaker is in the business end), and pull the trigger to answer the call.”

The headset charges via USB and the mechanics of  have been stripped from a normal headset and glued into position within the plastic toy gun and was inspired by Inspired by the Retro Wireless Handset project from Make Vol. 20.