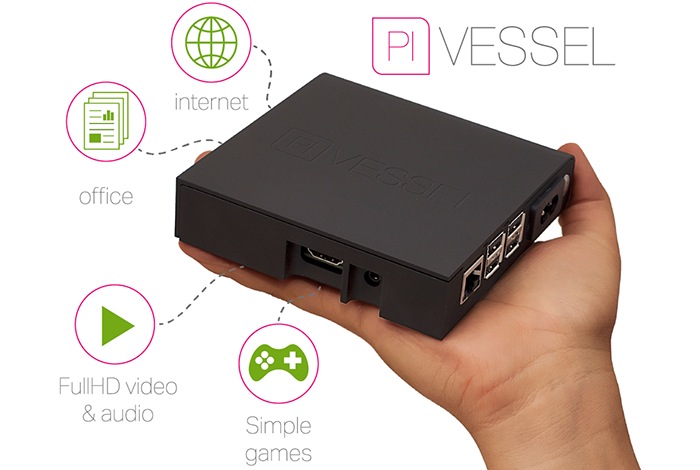 German developers have this week launched a new mini PC called the Pi Vessel, which as the name suggests is based on the Raspberry Pi platform and comes supplied running a version of the versatile Linux operating system.

The Pi Vessel has been created to provide a complete mini PC package and offers a fully enclosed Pi minicomputer using the Raspberry Pi a model B+ computer encased in an aluminium outer casing. 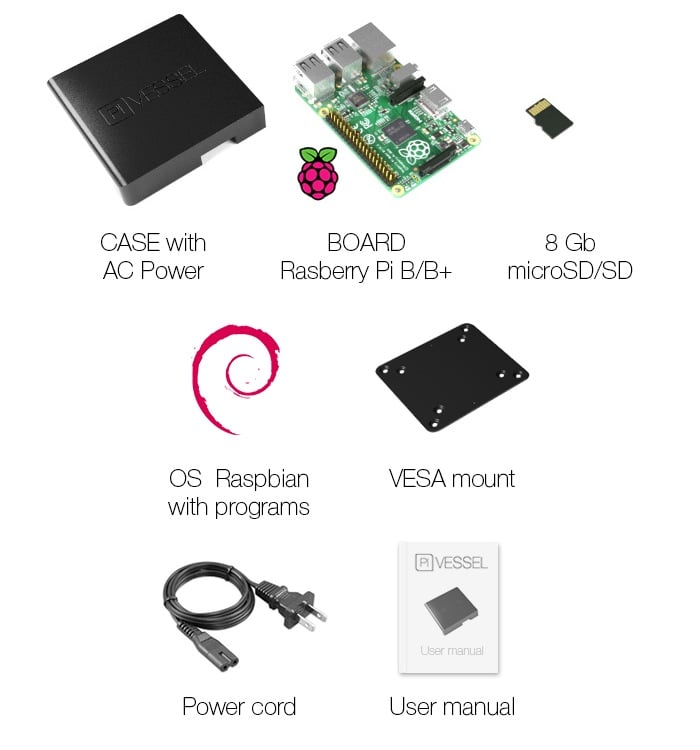 The Pi Vessel project is currently over on the Kickstarter crowd funding website looking to raise $25,000 in pledges to make the jump from concept to production. MSD Group the creators of the mini PC explain a little more :

“The Pi Vessel is a new super-affordable mini PC for the whole family that provides its users with sufficient processing capabilities for work and play, but costing a fraction of other similar devices. The idea of creating an affordable minicomputer is not new. However, the solutions developed in this field were far from ideal in terms of functionality and value for money. Our ultimate goal was to create a minicomputer for as little as $140.

We built the Pi Vessel on the Raspberry Pi board, which is the best known platform to us. By adding a memory card, built-in power supply and installing a Linux operating system we removed the majority of disadvantages associated with the Raspberry Pi platform. All this we fitted in a stylish ultra-strong aluminum case that will enhance any interior design. The result is a new super-affordable minicomputer for the whole family.”

So if you think Pi Vessel is something you could benefit from, visit the Kickstarter website now to make a pledge and help Pi Vessel become a reality.