Parrot has unveiled a new addition to their range of flying drones this week in the form of the new Parrot MiniDrone which is being showcased at the CES 2014 consumer electronics show this week.

The Parrot MiniDrone is different to others in the range as it is capable of climbs walls, rolling across ceiling and has been created with a much smaller form factor than previous models. Watch the video after the jump to learn more about the Parrot MiniDrone project and see it in action. 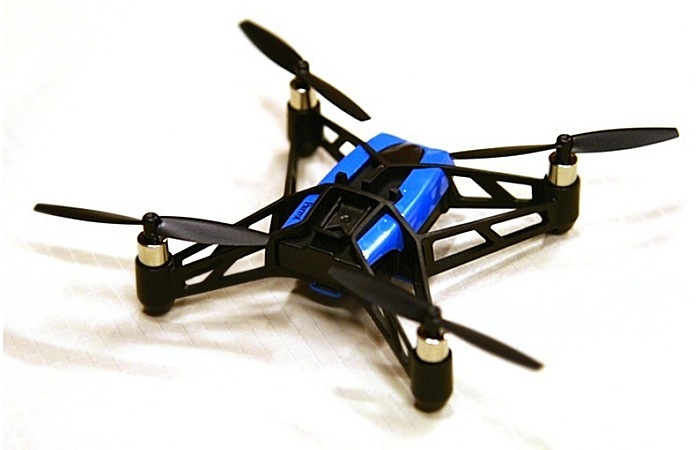 The new Parrot MiniDrone is a miniature drone piloted using Bluetooth Low Energy connectivity from a smartphone or tablet device.

The new video below also provides a look at the also new Parrot Jumping Sumo. The first robot-insect, controlled via a smartphone or tablet using Wi-Fi 5GHz. The Parrot Jumping Sumo is capable of spins, jumps up to 80 cm and takes 90 degree turns.

Unfortunately no information on pricing or worldwide availability has been released as yet by Parrot for their Parrot MiniDrone or Parrot Jumping Sumo vehicles, but as soon as information comes to light we will keep you updated as always.