If you are old enough you might remember the original Paperboy game that launched way back in 1984 and consisted of you riding you bike and delivering paper whilst dodging hazards along the way.

Now Paperdude VR brings the game up to date using next generation virtual reality headset the Oculus Rift combined with a real bike and Microsoft Kinect motion controller. Watch the video after the jump to learn more about the Paperdude VR project and see it in action. 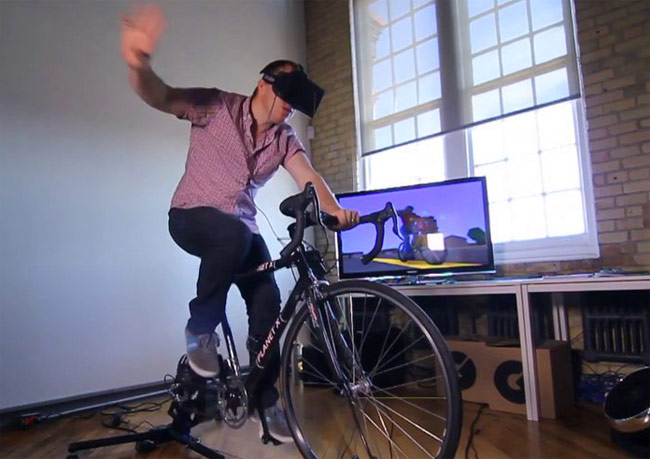 Its creators explains little more about how the Paperdude VR game was created:

“PaperDude VR is built in Unity with 3D assets created in 3D studio and textured in Photoshop. The KickR sensor detects the speed of the bike and has the ability to provide programatically controlled resistance. The KickR communicates speed and cadence through bluetooth to a nearby iPad which updates our app over OSC.

The Oculus Rift VR headset lets you look around your scene in a full 360 degrees and allows you to focus your newspaper aim. The Kinect controller tracks the positions of your hands and arms, and detects the paper-throwing gesture.”

For more information on the new Paperdude VR game jump over to the Globalcore website for details.