The 100GB BD-RE XL is Panasonic’s first first triple layer Blu-ray Disk and provides enough space for 20 standard DVDs, 100 hours of standard definition television, tens of thousands of music recordings on one disc. The disks are already supported by the latest burners from both Pioneer and Buffalo. 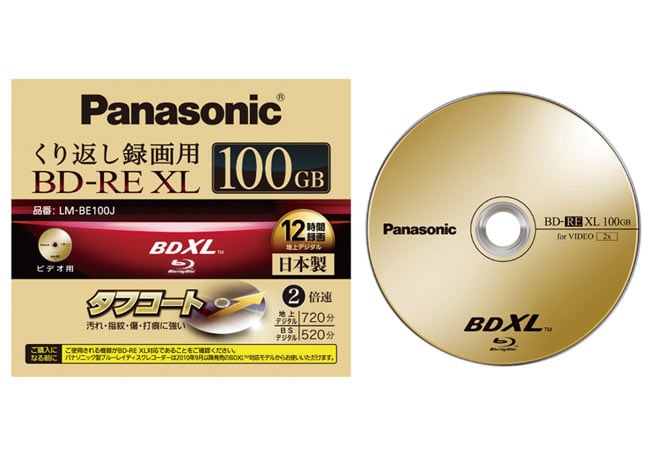 However with the price of these disks its recommended you check your Blu-ray recorder will support the new Panasonic disks. As when the disk arrive in Japan they will be available for 10,000 yen or $118 US.