Yesterday we had confirmation from Oppo that they are working on the new Oppo Find 7. Now it looks like they may also release an Oppo Find 5 Google Edition, as the following photo was posted to their Facebook page.

The photo came with a nite saying that it was submitted by an Oppo fan, they also asked the question whether people would like to see them launch an Oppo Find 5 Google Edition device. 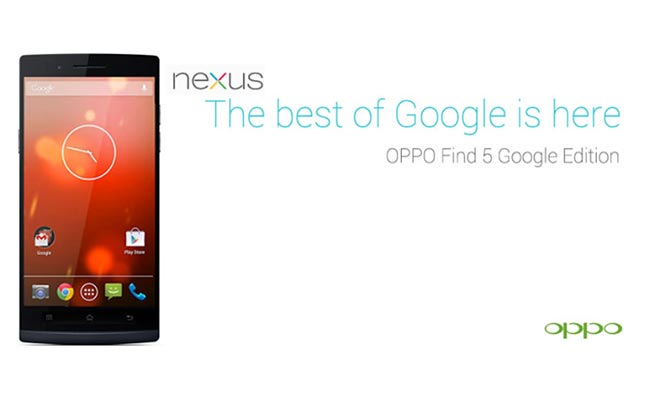 One of our Ofans had this idea of a Google Edition of Find 5. Would you like to see it become a reality? http://bit.ly/Find5Nexus

If Oppo do release an Oppo Find 5 Google Edition smartphone, then we would expect the same specifications as they existing device, although of course it would come with stock Android.

As soon as we get some sort of confirmation on whether or not Oppo intend to release a Google Edition of the Oppo Find 5 we will let you guys know.