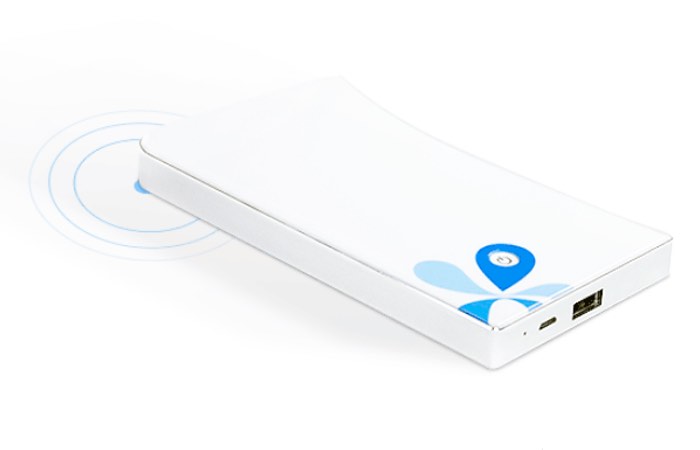 Ocean a new wireless pocket sized server has been launched this week, which has been designed to provide a mobile server that combines both the “portability of a mobile phone with the flexibility of a Linux web server” says its developers.

Ocean is powered by a 1GHz ARM Dual-Core Cortex-A7 processor supported by 1GB DDR3 480MHz RAM and includes from 8 to 64GB of internal storage provided by a handy micro SD card slot.

The Ocean wireless server comes supplied with a free companion application that supports both iOS and Android devices and can also be controlled remotely using the Ocean management dashboard.

Connectivity to the router is provided by Bluetooth 4.0 and Wifi802.11 b/g/n offering speeds of 11/54/72 Mbps respectively. Its developers explain more about its construction and functions.

Mobile phones can not do everything. Ocean is small enough to fit in your pocket, powerful enough to run a Node.js web server, and cheap enough to deploy at scale. All Oceans come pre-installed with Linux, and includes a 4200 mAh battery, a wireless charger, built-in support for Bluetooth (4.0 and Low Energy), and WiFi.

The brushed aluminium frame gives the Ocean a distinctive look and feel. The curved design carefully follows the contour of the hand. Plastic panels have been designed to allow a degree of security from tampering. Having said that, with the right tools, the panels can be removed, allowing you to insert a different operating system, make repairs, or perform upgrades. The aluminium frame provides strength and durability. Multiple drop tests have been performed to ensure the Ocean can survive in rugged conditions.

Jump over to the official website for full specifications and the ability to order from $179 with shipping commencing during April 2016.