Nyko has their entire range of new products at CES this week, taking the wraps off its Charge Station U, Pro Commander Wii U controller, UBoost, Power Stand and Charge Base Pro.

The Nyko Charge Station U is the successor to the popular Charge Station for Wii and has been designed to charge charges 1 Wii U GamePad, 2 Wii Remotes and includes 2 NiMH rechargeable batteries and rubberised battery covers for the remotes, and is available next month for $35. 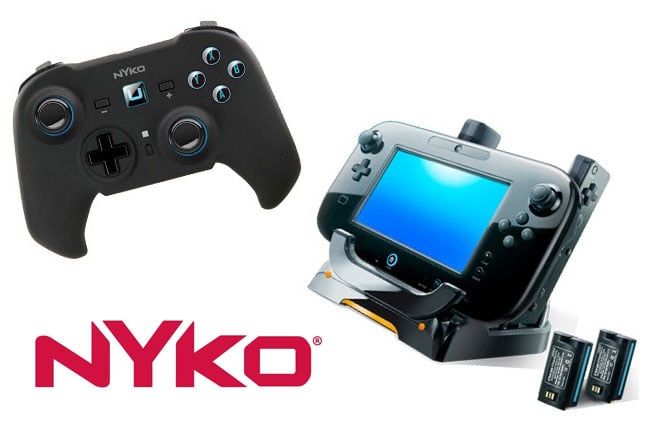 The Nyko Pro commander has been created as an alternative controller featuring traditional analog stick placement, and has been designed to wirelessly connect to the Wii U and works with any game compatible with the Nintendo Pro Controller, and is available next month for $35. Other devices on show include:

UBoost
This clip on battery pack adds double the battery capacity to the Wii U GamePad in a sleek attachment that can also act as a multimedia viewing stand.

Charge Base Pro
Easily store and charge 2 Wii U Pro Controllers utilizing Nyko’s patented charging dongle design. The dongles attach to the controller, and allow each controller to be magnetically held by the vertical charging base while artfully suspended while charging.

Power Stand
Conveniently charge the Wii U GamePad in this sleek stand using the existing GamePad AC power cord that ships with the Wii U.