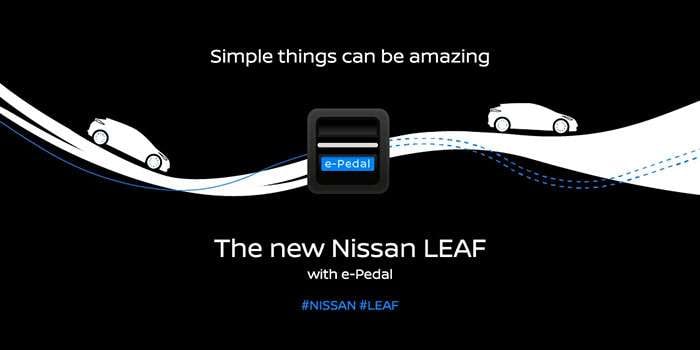 We already know that the new Nissan Leaf will be coming in early September. Nissan has announced a new feature for the car that may well change how people drive. The new feature is called e-Pedal and with the flick of the switch the feature turns the throttle pedal into a one pedal driving system.

The single pedal system will make it easier for drivers in stop and go traffic by reducing the need to shift from one pedal to another. The video shows more detail on how the system works.