The celebrate Super Mario Bros turning 25 this month Nintendo have created a Red Wii bundle. Mario was created by Japanese video game designer Shigeru Miyamoto and has appeared in over 200 video games since his creation.Though originally only appearing in platform games, starting with Donkey Kong, Mario currently appears in varied video game genres such as racing, puzzle, role-playing, fighting, and sports. 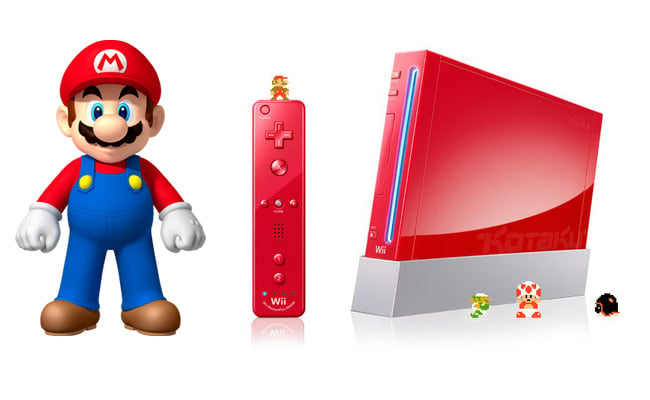 The new Red Wii will arrive in Japan on November 11, and will retail for ¥20,000 around USD$240 and comes with a copy of Super Mario Bros. pre-installed on the system.

The bundle will not include not a standard Wii Remote, but one of the new Wii Remote Plus peripherals. That combines the functionality of a Wii Remote with that of the MotionPlus add-on. These new controllers will also go on sale individually on November 11th.

Unfortunately there are no details as to whether this bundle will be available outside of Japan at the moment.