This is the newly announced Nintendo 2DS. It lets you play Nintendo 3DS games without the 3D effects, hence the name. It’s also more pocket, with a cheaper price of $129.99. It will be available in red or blue on October 12th.

The new Nintendo 2DS has been launched as part of the 3DS family, and has been designed to play all 3DS and regular Nintendo DS games, as well as providing access to 3DS apps such as the Nintendo eShop. Watch the video after the jump to learn more about the Nintendo 2DS project and see it in action. 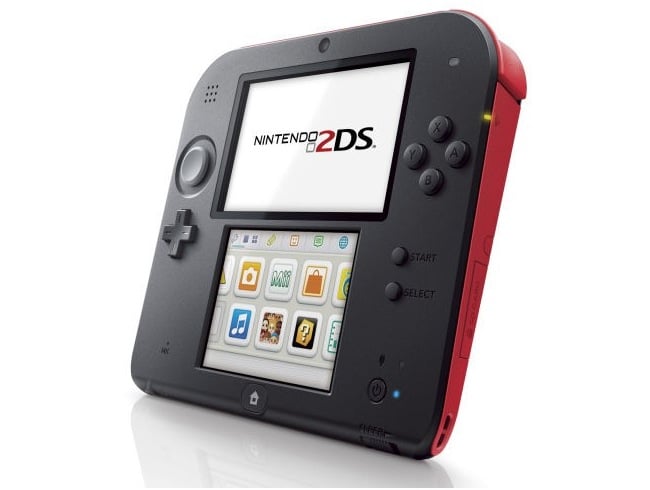 It’s hard to say if this will be a hit or not for the company. Probably it will be due to the price and the fact that you will also be able to enjoy the entire back catalog of Nintendo DS games as well. It looks pretty sleek I think.

“We welcome a new member to the Nintendo 3DS family: Nintendo 2DS arrives on 12th October 2013 in BLACK + BLUE or WHITE +RED and plays all Nintendo 3DS & Nintendo DS games in 2D.”