After receiving a number of emails from unhappy 360 owners saying that their video play back after installing the new dashboard was washed out. Gaming website Eurogamer thought it would carry out a few tests to prove the point.

The tests carried out by Eurogamer now show that the new Metro inspired dashboard does force video content to run at limited range RGB levels and give a much more washed out feeling to the video. The image below show a little of the effect but it highlighted even more during continuous playback. 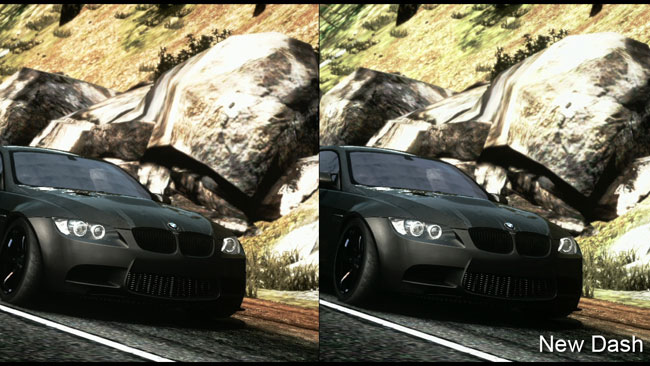 Gamers who have tried to fix the problem adjusting the monitor/TV display settings to compensate for the washout, have ended up messing up the Xbox 360 gameplay videos.

Even though the problems were uncovered during the beta development stages of the new Xbox 360 Dashboard. Microsoft responded with:

“Thanks for the feedback! Though we will not be able to incorporate your feedback into this release we will save it for consideration in future releases. Thanks for using the new Xbox Update and please keep up the feedback!”

What are your thoughts have you experienced any problems with the new Xbox 360 Metro inspired dashboard since installing it? For more information on the video problems jump over to the Eurogamer website.